To read or download the pdf version of this report, use one of these two buttons:

Pastor Stan Johnson began serving as pastor at Hope Evangelical Free Church in Onawa, Iowa in 2020. Prior to that, he served congregations in Iowa Falls and Britt, Iowa. Stan currently serves on the district board of directors as Secretary.

Michael Colby and his wife have attended Valley Church, West Des Moines, IA since 2000.  Their three children, spouses and grandchildren have attended Valley when living in the Des Moines area. Michael participated in the startup of a Christian based horse camp for kids, a Christian Radio Station, and Jail Ministry. He assisted with the leadership of the fundraising for the Valley Community Center, and research, planning, and start of Des Moines KLife Ministry, as well as chairing it for several years before chairing the National KLife Ministries Board for 20 years. Michael has also previously served two terms on the Westhaven Board.

Pastor Jeff Higbie has served as Senior Pastor of the Keokuk Evangelical Free Church, Keokuk, IA,since September 2021. Previously he pastored Faith Evangelical Church, Underwood, ND, for 13 years. During that time Jeff served two terms on the Northern Plains District Board, including one as chairman. Jeff is married to Harmony, and they have 11– and 9-year-old sons, a 4-year-old daughter and a 12-year-old Goldendoodle.

Pastor Damian Peasley is Youth Pastor at Madrid E Free Church in Madrid, IA, where he has served since July 2002. Damian is currently serving on the district board as representative of Reach Students Central District (RSCD).

Pastor Linton Lundeen has been the Pastor of Care and Counseling at Valley Church in West Des Moines for nearly 30 years. He and his wife Kristie have been married for 37 years and have two adult daughters. Both daughters are getting married this year. He currently serves as the chairman of the Pastor Church Relations Committee and has served on the Board of Directors on and off over the last three decades.

Pastor Steve Brant is the Senior Pastor at New Life Evangelical Free Church in Tama/Toledo, Iowa.  He has served in that role for the past 6 years.  He has served on the Church Planting Board and the Hidden Acres Board. Steve is currently the chair of the church planting board.

John Fahlberg is a fourth-generation farmer from Beresford, South Dakota. He and his wife, Sandy, have been married for 30 years and have two children, daughter Tiana and son Tarin and his wife, Cheyenne. John has attended Brooklyn Evangelical Free Church his entire life. He has held many leadership roles at Brooklyn; namely, Church Chairman, Elder, Deacon, and Church Treasurer. John’s involvement with the Central District has included two terms on the board of Hidden Acres. He currently serves as chair of the Hidden Acres board.

Carter Norine has been on the Children’s Ministry staff at Valley Church in West Des Moines, Iowa since 2012. He grew up attending CrossWay (formerly First Evangelical Free Church) in Fort Dodge, Iowa. Carter was a camper at Hidden Acres for nine years, spent six years on summer staff there, and loves speaking at Hidden Acres each summer and for various retreats.

Dan Hassman is married to Karen with 6 daughters, 4 sons-in-law and a grandson. Dan and his family attended Crosswinds EFC in Spencer, IA; Crosswinds EFC in Spirit Lake, IA and Marshalltown EFC in Marshalltown, IA. Dan has served the local church as elder, youth worker, Sunday School teacher, Bible Study Leader, and Small Group Leader. He and his family have been regular attenders of Labor Day and Memorial Day Family Camps at Hidden Acres. Dan has also attended Men’s Retreats and his 6 daughters have worked at Hidden Acres summer camps.

Glen Lozier attends the First EFC of Boone, IA where he is currently an elder and Sunday School teacher. Glen served as pastor of the Arthur EFC, IA for 9 years. He also served as an associate pastor at the EFC of Vestal, NY for 5 years. He works in the business world as a buyer for a small IT company, worked in sales, and managed a Radio Shack. His previous district ministry is serving on the Westhaven board for the last 3 yrs.

Rev. Robert Spilger currently attends and is a member at Grace EFC – Marshalltown, IA. He has served as a hospice chaplain for over 25 years and currently Serves as Chaplain at Iowa River Hospice and leads a Small Group at his church. Bob previously served in Minnesota: Deer River, Stanchfield. Iowa: Alta/Storm Lake, Ferguson, Wayland. Chaplain – Newton Village. Prior to serving in vocational ministry, Bob spent 14 years farming in Nebraska (St. Paul) specializing in Livestock and Crop production, while serving in his local church and community.

Ken Hykes currently serves on the Westhaven Board and has been a faithful encourager of this vital ministry in EFCA Central. Ken attends and faithfully serves at New Hope Church in Adel, IA.

Pastor Leigh Warmbrand is the pastor of Central Plains EFC in Chamberlain, SD and has been serving there since 2017. He received his ministry license in 2020 through the Central District and attended Bible Pathways workshops in 2021. Leigh previously served as pastor at a CMA church in Wheeling, WV for 8 years. He has also taught deaf children in public school in VA for 15 years prior to full-time, vocational ministry.

Rev. Randy Scheil currently serves as Associate Director of International Workshops for the Charles Simeon Trust. He helps lead workshops for pastors on preaching in Brazil and eastern Germany.Formerly, Randy was lead pastor of Stonebridge Church (formerly Cedar Hills EFC) for 27 years (1992-2019). He and his wife live in Cedar Rapids and are members of Stonebridge Church (EFC). Randy has served EFCA Central as an eastern Iowa church/pastor health coach. He also currently leads an EFCA eastern Iowa regional pastoral care group for pastors in Cedar Rapids.

The Conference Mobile App is Here for You!Download Today! 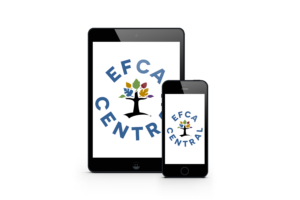 This year due to COVID we will not be providing a printed booklet... all of the information you need is in the conference Mobile App.  Download it now!

Translate »
We use cookies to ensure that we give you the best experience on our website. If you continue to use this site we will assume that you are happy with it.Accept